5 Takeaways for Start-ups from CEBIT 2018 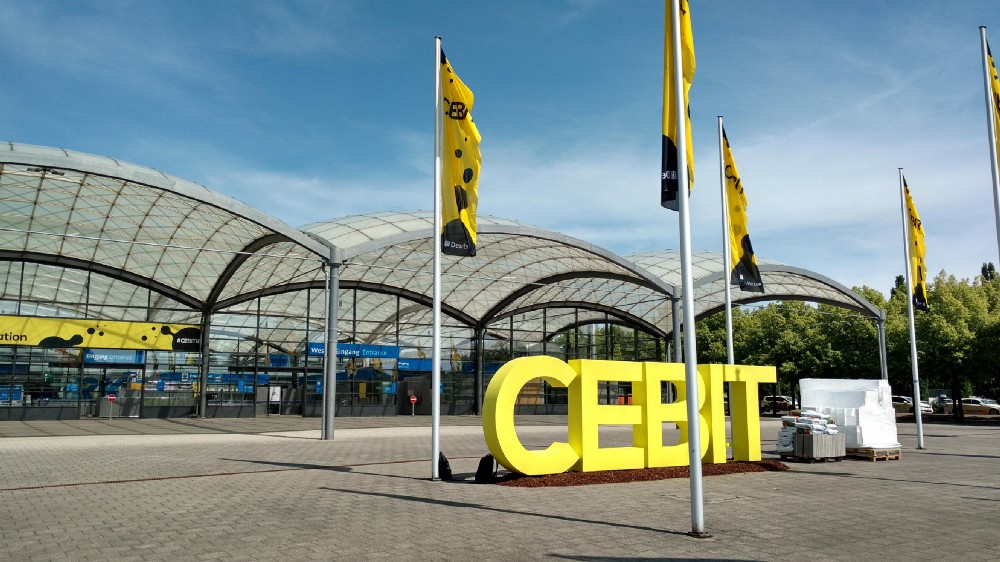 “The first CEBIT of a new era” as Oliver Frese (Member of the Board of Deutsche Messe AG) called it. A pretty bold statement in advance of one of the biggest IT trade fairs.

Did the CEBIT hold up to that promise? What did we learn this year? Our takeaways from this year’s CEBIT!

1. A business festival in Germany

The concept of putting a business exhibition into a festival setting seemed interesting and left everybody curious about the actual realisation of that festival. We can say that the whole concept worked only partly…

Having concerts at the exhibition was a benefit as people stayed at the trade fair area longer than normal. The atmosphere at the Mando Diao concert on Tuesday left room for growth, which is why it is even better that Jan Delay got everybody to dance on Wednesday. Still people were pretty confused about the trade fair opening at 10am (we had some appointments with other exhibitors arranged around 9am and nobody ever showed up) and closing at 7pm (after 6pm basically only exhibitors were seen inside the trade fair halls).

Since nobody really wanted to be responsible for rival events to the official evening program, there were only booth parties. That was a pity, as this is usually where you make the best contacts.

Every exhibition day is different and you never know what to expect if you just open your booth in the morning. Wednesday was the most successful day for our, as we collected nearly half of all business cards, and we don’t know why.

To make the most out of the fair, we tried to contact the to us most relevant exhibitors prior to the fair. This worked really well as people are eager to make the most of the exhibition and want to have good conversations. Another hint is having a good lead / contact form, to easily qualify potential customers we met. This was beneficial both for appointments and people approaching us at our booth.

If you have a booth (as we had one) in the middle of a joint stand, you need to talk to people in the aisles between the booths to get some attention. Depending on how you approach people, having some sweets or goodies at hand is never a bad idea.

Always have a good opening question! For example we used “What role does IT security play for you?” This enables you to easily qualify people with the first question. The best answer we received was: “I am consulting the German government with regards to IT security.” Needless to say, we took this person and dragged him 10 meters to our booth.

Wearing traditional “Lederhosen” was a benefit as our looks made the visitors curious. Dorothee Bär (German State Minister for Digitization) called it “Ein Stück Heimat hier auf der Messe” (“a piece of homeland at the exhibition”)

Many start-ups are still figuring out what their target group is. If you know this in advance you can save yourself some time and approach the right people from the start. If you don’t know your target group you will surely figure it out at the trade fair.

For us, it became clear that smaller companies had the right people for us at CEBIT as decision makers were easier to reach. Where there is a small team the likelihood to get the right people to talk to you increases. Bigger companies with more people representing them at the exhibition made it more difficult to find the person responsible for IT security. In most cases only the marketing and sales reps were at the fair.

5. Make the most of what you’ve got

There’s no booth to small to go viral!

Creating an inspiring booth was especially hard for us as we were represented both at Bayern Innovativ and at the CEBIT Innovation Award. With different people in different areas we had to go through the aisles and approach the people by ourselves. After all we tried to make the best of it.

Show some creativity and make something out of your time at the CEBIT (it’s only a week!). There is always potential to show your business partners that you’ve put some thought into the exhibition.

SAP’s ferris wheel for example would have been a great opportunity to do an elevator pitch during the ride. We had a good talk to the two other people in our gondola. I don't know why they left this opportunity elapse to talk to all these people. Extraordinary ideas attract people and attention is what you want at CEBIT!

If you're hooked, watch this lookback to the CEBIT Innovation Award 2018 on YouTube!

I write about IT Security news, practices and events.